Since this Channel 10 News story aired the new Las Colinas Detention and Reentry Facility opened in August, 2014. The new $268 Million facility is on 45 acres. Quite an improvement over the old Las Colinas built in 1967. 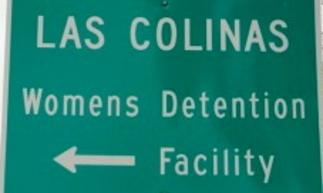 Bail 101: A Guide for the Inexperienced Arrestee 35 chapters of valuable information to help the inexperienced arrestee get through the process of being arrested and going to court.

​For the past 5 years inmates at Las Colinas Detention and Reentry Facility were held for 8 hours when arrested for a DUI. Quietly and without fanfare the rule is no longer in effect. After a bond has been posted for an inmate charged with a DUI, the deputy in charge will determine the actual release time. Sober inmates with a ride waiting outside will help speed up the process.

CHANNEL 10 NEWS STORY — LAS COLINAS HOURS OF OPERATION
Las Colinas Detention Facility will continue to be closed to the public between the hours of 10:30pm and 6:30am. Inmates can be released during these hours if a bond has been posted.